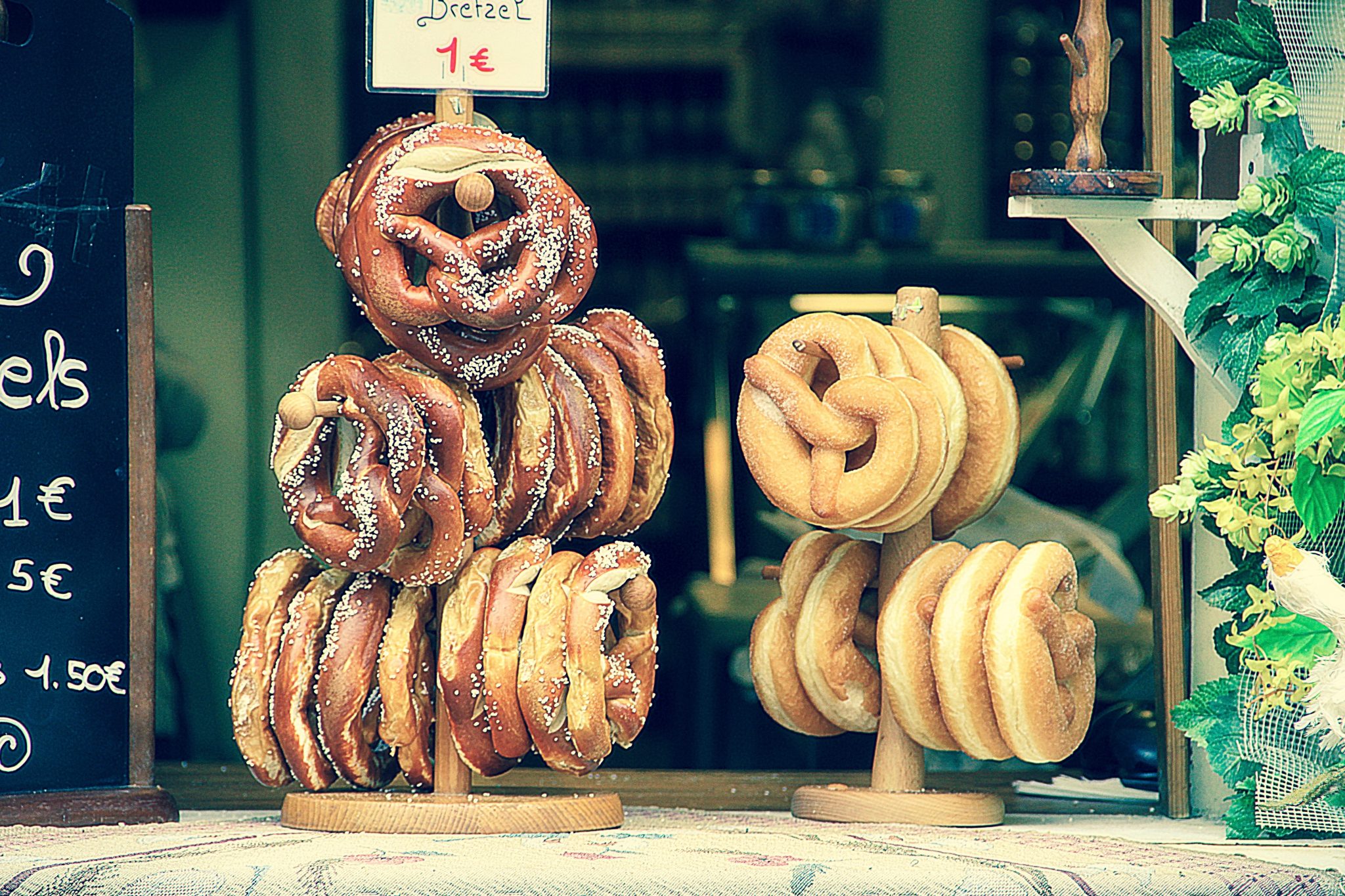 How To Make A Good Pretzel

There are fewer things better at certain times than a soft doughy hot pretzel. There are also times when potato or tortilla chips do not seem desirable that the trusty hard pretzel shines like that lost treasure which you have been craving but couldn’t quite figure out what it was that you wanted to eat.

Its history is obscure, but most sources secure its origins in Medieval Europe and most likely invented and if not at least perfected by German Monks. It’s name comes from the German which is “Brezel.” Its shape is said to represent hands folded in a prayerful manner, and the three holes represent the Trinity. It is difficult to say if this claim was the originators’ intentions or a post-production interpretation. It came to North America most likely through German immigrants in the eighteenth century. These became known as the Pennsylvania Dutch where you will find two major pretzel companies originated in Pennsylvania- Snyder’s of Hanover and Utz. Even Rold Gold was founded in Pennsylvania and originally named The American Cone and Pretzel Company. You can find pretzel shops in malls also. Auntie Annes and Wetzel’s Pretzels are two that stand out as popular. 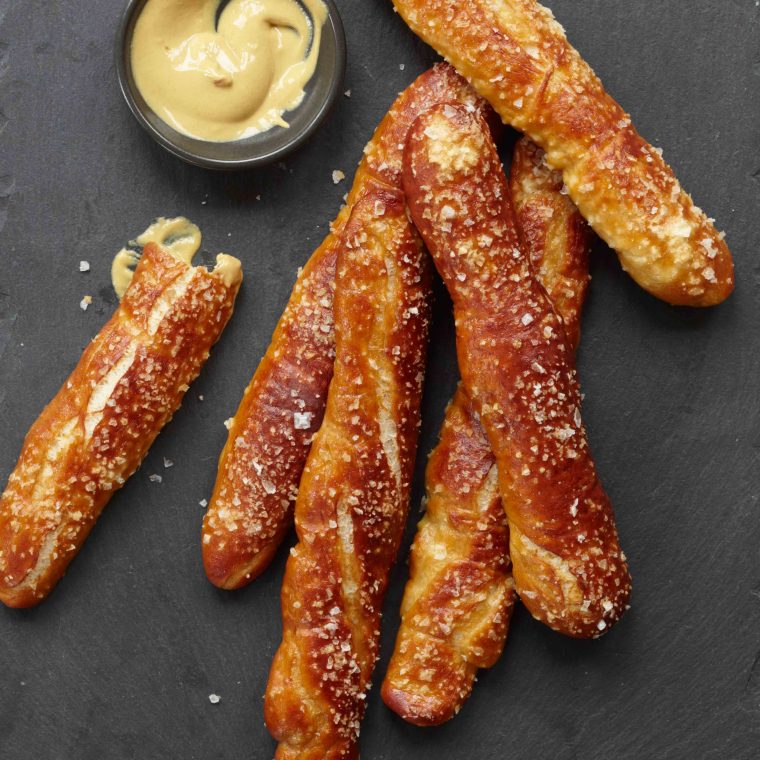