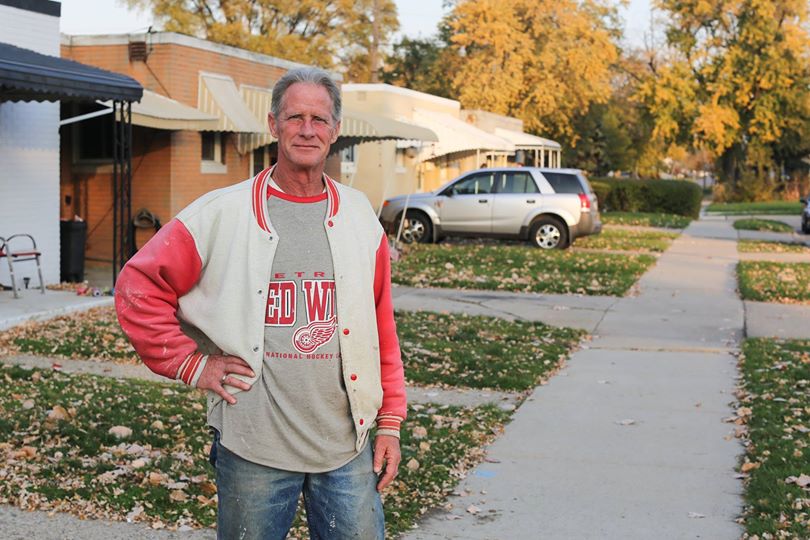 In the aftermath of the election, Humans of New York’s Brandon Stanton has traveled to Macomb County, MI to try to get a better understanding of the state’s unexpected voting results. While the posted conversations he has with residents don’t really weigh in on the presidential candidates, they do give the residents a space to talk about personal struggles.

The man pictured above (whose post has since gone viral) told Brandon:

“I grew up in the suburbs. I used to think that I could write a prescription for a poor man: ‘Get a job, save your money, pull yourself up by the bootstraps.’ I don’t believe that anymore. I was ignorant to the experiences of poor people. I’d invite anyone to come and meet the people who live in this neighborhood. Right now we are surrounded by working poor people. These are the people who sell your tools at Sears, and fix your roofs, and take care of your parents, and mow your lawns, and serve your meals. They’re not getting a living wage. There’s no money left to save. There’s nothing left if they get sick. Nothing left if their car breaks down. And God forbid they make a mistake, because there’s nothing left to pay fines or fees. When you’re down here, the system will continue to kick dirt in your face. You can’t pull yourself up when there’s nothing to grab onto. We aren’t paying our brothers and sisters enough to live. We want them to serve us, but we aren’t serving them.”