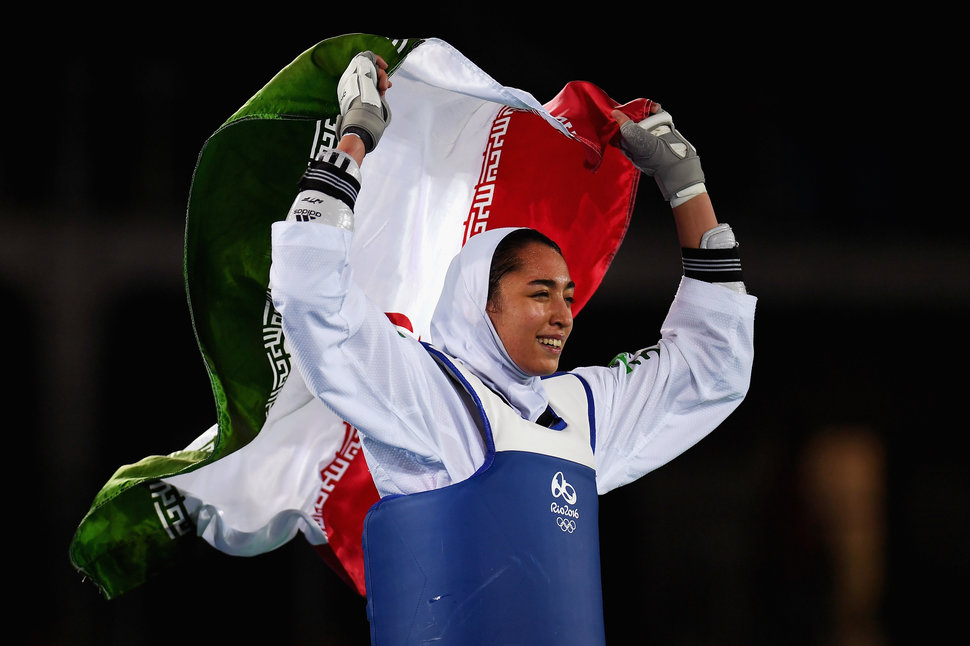 With a bronze medal around her neck, Kimia Alizadeh Zenoorin became Iran’s first female Olympian to win a medal at the Games. At just 18 years old, she picked up her landmark bronze medal after beating Nikita Glasnovic of Sweden 5-1 in taekwondo’s 57kg category. Elated after the victory, Zenoorin stated, “I am so happy for Iranian girls because it is the first medal, and I hope at the next Olympics we will get a gold.”

So far, Iran has won a total of 65 medals at the Olympics. Zenoorin’s bronze becomes the 5th medal for Iran at these Rio Games.

The sport, whose uniform makes it easy for women with certain modesty requirements to participate without much alteration, is becoming more and more popular with women from Muslim countries. Right next to Kimia Zenoorin stood Hedaya Wahba, who was the first female from Egypt to medal in the sport of taekwondo. 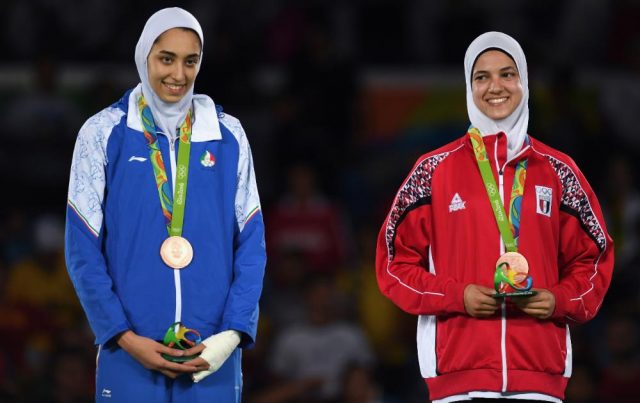