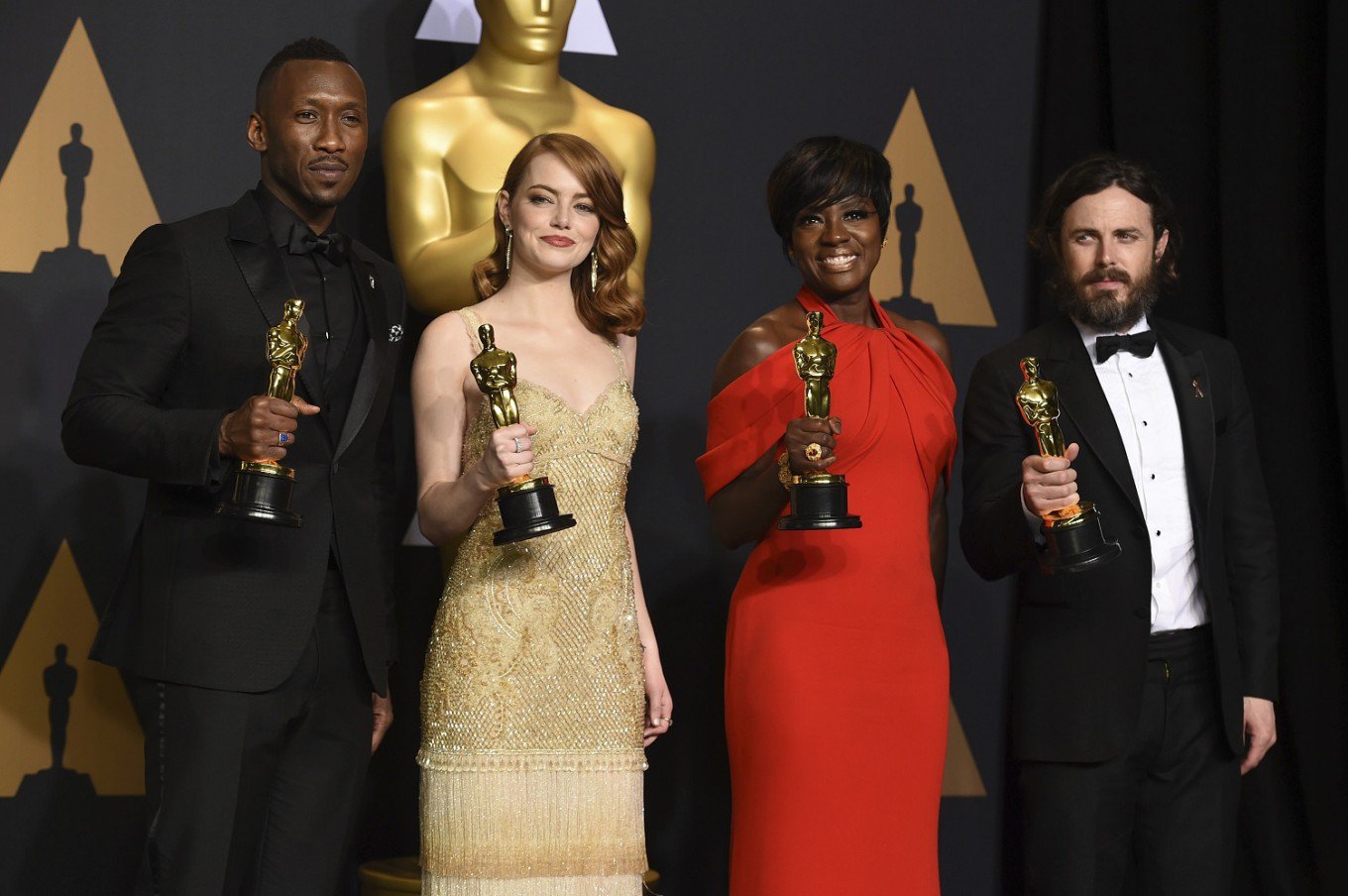 Last night’s Oscars had moments of joy, humor, and confusion.  Jimmy Kimmel charmed audiences with his monologues, usual Matt Damon jokes, and his ability to make candy fall from the sky.  Although last night played host to possibly one of the most awkward and confusing moments in Oscar history, it was still an amazing award show.  The awkward moment took place when veteran actors Warren Beatty and Ms. Dunaway were announcing the award for Best Picture.  They opened the envelope and announced that La La Land won best picture.  In the background of the heartfelt thank you speeches, there seemed to be a message that was being passed around in the sea of winners from La La land.  When one of the members of La La Land mentioned, “We lost by the way”, audiences knew something was wrong.  It was then confirmed that the film Moonlight actually won Best Picture.  There was a mixture of emotions which included the disappointment from the cast and crew of La La Land and the exhilarating excitment from the cast and crew from Moonlight.  The obviously embarrassed Mr. Beatty interjected,  “I want to tell you what happened… I opened the envelope, and it said ‘Emma Stone, La La Land.’ That’s why I took such a long look at Faye and at you. I wasn’t trying to be funny. This is ‘Moonlight,’ the best picture.”

Aside from that moment, it really was an entertaining and smooth award show production. There were uplifting performances by artist like Justin Timberlake, Sara Bareilles, Sting, John Legend, and Auli’i Cravalho, and moving speeches by actors like Mahershala Ali and Viola Davis.  If you happened to miss last night’s Oscars, here is a complete list of the winners.

Best Actor In A Leading Role

Casey Affleck in Manchester by The Sea

Best Actress In A Leading Role

Best Actor In A Supporting Role

Best Actress In A Supporting Role

Fantastic Beasts and Where To Find Them - Colleen Atwood

O.J: Made In America - Caroline Waterlow and Ezra Edelman