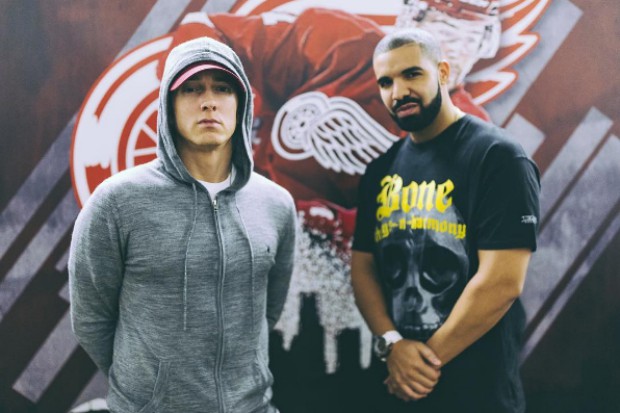 During his show in Detroit for his Summer Sixteen tour, Drake called the Detroit native onstage, and called Eminem, “the greatest rapper to ever get on a microphone.” Eminem came onto the stage from a trap door and responded to Drake saying, “It’s an honor to share the stage with this man right here.”

Back in 2007, the two were both featured on Lil Wayne’s 2007 mixtape in the song “Forever” along with Kanye West. More recently, however, rumors of a feud between the two rappers began to spread, even mentioning talks of a rap battle. However, we think the performance put those rumors to rest.

You can view the footage from the show below

Hopefully this means another future collaboration isn’t off the table