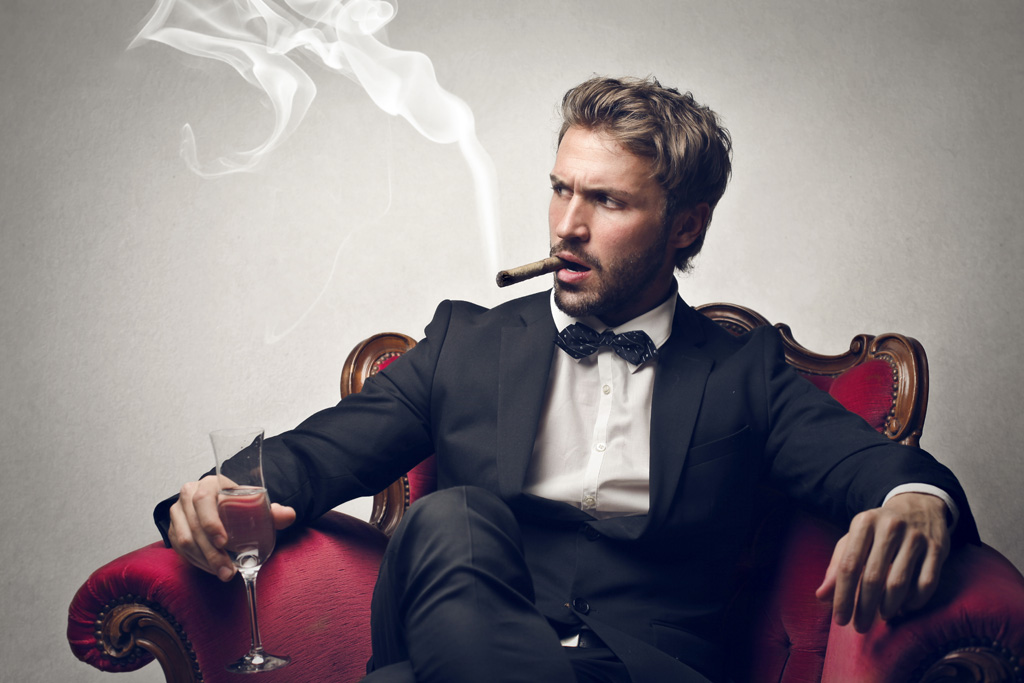 In the age of health care issues and anti tobacco sentiment, cigar sales are increasing. They are a far more healthy and less risky alternative to cigarettes or even the vapor smoking electronic cigarettes that can blow up in your face. While cigarette manufacturers infuse dangerous cancer causing chemicals into the cigarette which make it poisonous and addicting, the cigar is all natural pure tobacco. Pipe smoking is also becoming more popular as it is all natural as well (I have not tried pipe smoking as it seems like to much work and I am not sure I would do it correctly). Cigar smoking is fantastic as it tends towards not being addicting (some people can be addicted to anything), but quite relaxing for the individual looking for a reprieve from the day to day punishments of life.

There are many types and brands of cigars. While some are cheap and average or below average others can cost between six to fifteen dollars a cigar. The best way to buy cigars are in boxes so that you can find the best deal. Although Cuban cigars are raved about and certainly consistent in their quality, there are several non-Cuban brands that exist which are just as good. There are also different sizes ranging from the width or thickness of the cigar to the length. There are the Churchill sizes which are the longest and my favorite. They also have the torpedo shapes where the ends are pointed. There are dark, medium, and light cigars which have a lighter flavor or a stronger more robust flavor- much like coffees. There are even flavored cigars for those who like to experiment. Now that I have given you who are unfamiliar with the industry a very brief introduction to the cigar world let me introduce you to my favorites in no particular order-

If you are a beginner, you will need a good cigar lighter and a cutter. Make sure to invest in the superb Xikar lighter and a higher quality cutter. This purchase will make your experience more enjoyable. You can also look online for outstanding deals for cheaper cigars, or you can stop by your local cigar store and walk into their humidor to hand pick a few of your favorites.

“Eating and sleeping are the only activities that should be allowed to interrupt a man’s enjoyment of his cigar.” — Mark Twain