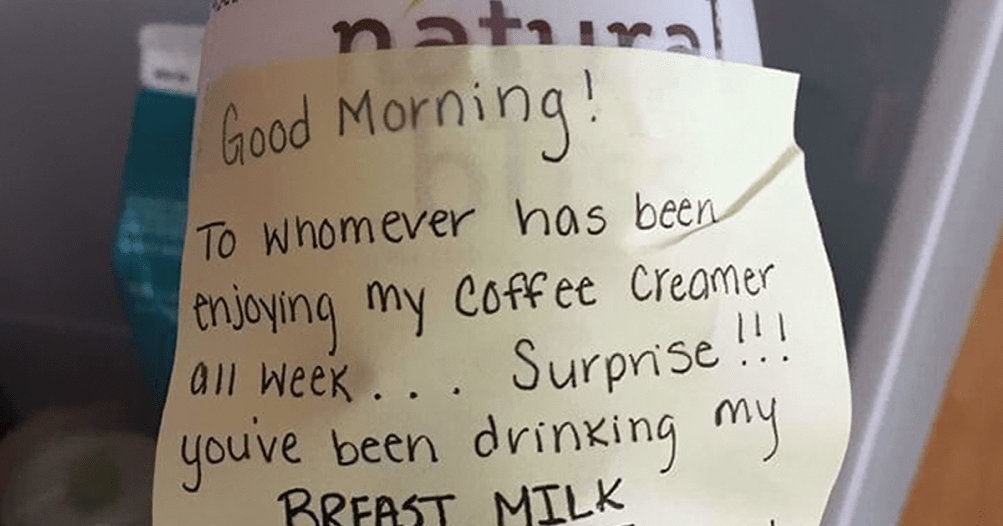 You spend as much time with your coworkers as you do your family, but unfortunately while you can’t choose your relatives, you really cannot choose your coworkers. Human resources did that for you and sometimes CVs and someone’s aptitude for Excel say nothing about their interpersonal skills, or their bad habits. Why oh why can’t interviews query applicants about their eating and grooming habits you wonder as you’re forced to once again make a PowerPoint in an office that smells like reheated fish and Dan from Finance’s feet.

Nearly every office has one of the following villains, and protecting your food, nostrils, and TV viewing from them can be an exercise in patience. Let’s commiserate before you file a complaint with HR.

You were waiting all morning for that leftover Indian or that best flavour of yogurt and you even scrawled you name and maybe a threat on the lid in Sharpie and then when you open the fridge door at 12:30, it’s gone and you know the sticky-fingered, hungry fridge thief has struck again. No delectable item of food is safe from his hungry gaze: cold pizza, cans of soda, even half of your morning baguette. The communal fridge is his smorgasbord and until you switch exclusively to kale salads and Huel, you’ll be donating to his feast. At least he’s facilitating your diet?

Last night’s fish curry, hard boiled eggs, tuna salad sandwiches, stinky French cheese, everything generously topped with garlic and onions: this foodie only likes cuisine so pungent you can taste it down the hall. You’ll always know when the smelly food enthusiast has tucked into their lunch (or one of several rancid midmorning snacks) because she leaves a scent trail a bloodhound could follow from the break room microwave to her cubicle. She’s topped only by the kitchen wrecker, the one who never rinses out their mugs and leaves sauce splattered on the microwave walls.

Remember when, in Game of Thrones, Tyrion and his father had an… argument with a crossbow? Well, you don’t but the resident water cooler TV blabbermouth told you all about it when you were still settling into first boxset, anticipating seven series of grizzled martyrdom from Sean Bean’s Ned Stark (so good to see Sharpe with a regular TV gig again!). The reckless TV spoiler has casually solved whodunits, teased shock deaths, and unwound the twists of shows you don’t even watch, and all when you were supposed to be discussing quarterly profit projections. You find yourself frantically bingeing box sets before that big meeting so he doesn’t casually ruin your new guilty pleasure watch and avoiding his cubicle until you’re fully caught up with everything on Netflix. In any case, it’s a great excuse to watch just one more episode before bed. If you don’t, he’ll tell you all about it in the morning.

You don’t know why Karen won’t just wear a jumper—or a swimsuit—but she’s always ether hot or cold, and sometimes both in the same afternoon. She also has her paws on the thermostat all the time, so you’re all collectively suffering for her pre-lunch chills and morning sweats. And just as soon as you’ve donned your layers and your winter coat and hat and gloves, she’s at it again, making Human Resources a sauna, and you have to shed it all again. Corporate must be baffled, particularly by the time she revved up the office heating in June – and business energy tariffs don’t come cheap! Maybe the entire office can chip in and buy her an electric blanket and a fan for Christmas. Or put a lock on the thermostat.

Sophie does a full face of makeup at her desk each morning and on Wednesdays, Dan trims his fingernails and (heaven forbid) his toenails. In fact, all across Accounting, folks are treating their cubicles like bathrooms, undertaking long and stomach-churning regimes of primping and grooming. You’ve even seen Steve brushing his teeth and you swear one time Annie was wearing a face mask. You suppose you should be pleased they care so much about personal hygiene, but why can’t they keep these things at home? You suppose they’re a cut above the coworkers who don’t shower or wear deodorant, as far as anyone can tell, and with whom everyone is continuously trying to avoid being placed on a team.