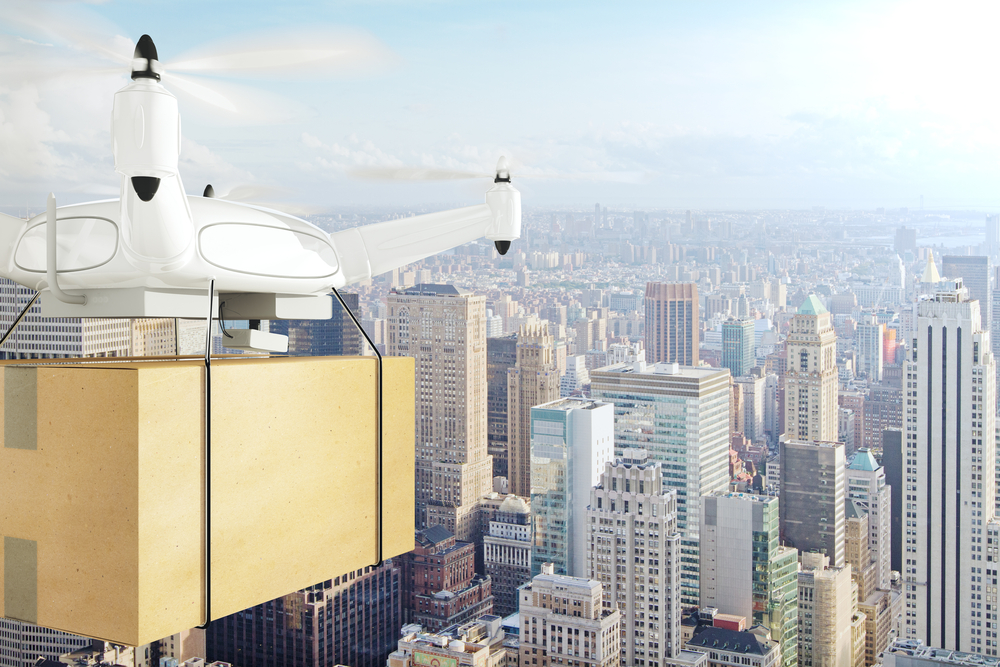 Drone Delivery Brought To You By UPS

If you were to think of how package deliveries in the future might work, one plausible scenario would be a drone taking off from some central warehouse, flying several miles to the delivery address by GPS, dropping off the package (conceivable holding out an electronic clipboard for a signature while doing so), and then returning to base.

There are a couple of things which would make this difficult, though. A drone that can fly that far, all while lugging along a package weighing several pounds, is likely to be quite expensive. What if the drone gets confused about where it’s supposed to leave the package, or just hits a power line it thought wasn’t there? With no human intervention within shouting distance, it would be goodbye package as well as goodbye drone.

A frequent headache for delivery companies in rural areas is that deliveries may be miles apart: a driver might have to go several miles down a lonely road to drop off a package only to have to retrace his steps to get to the next stop. Their solution is to launch drones from the truck (instead of the far-off depot), which can continue to the package’s destination, leave it without human intervention, and return to the truck wherever it might be at the time. This will save a huge amount of time: the driver only needs to get within a few miles of each destination, launch a drone, and continue on to the next. According to the company, just cutting one mile off every driver’s route every day can save them $50 million per year as well as reducing carbon emissions. The drones are capable of lifting 10 pounds and remaining airborne for half an hour.

The concept drone and road vehicle, both developed by company Workhorse, have already been tested, but a general roll-out is still some way off. While the first test went as smoothly as can be expected, the second resulted in the drone aborting its flight and nearly being destroyed. It will take some time before anything like a 99.9% reliability rate can be expected, especially in non-optimal conditions such as snowstorms.

The technical means aren’t the only hurdle drone-ready companies like Google and Amazon face: the main problem (they claim) is an outmoded regulatory framework. Although legislation around the world generally still requires that any drone be flown by a human operator who can physically see it, this is bound to change sooner or later.