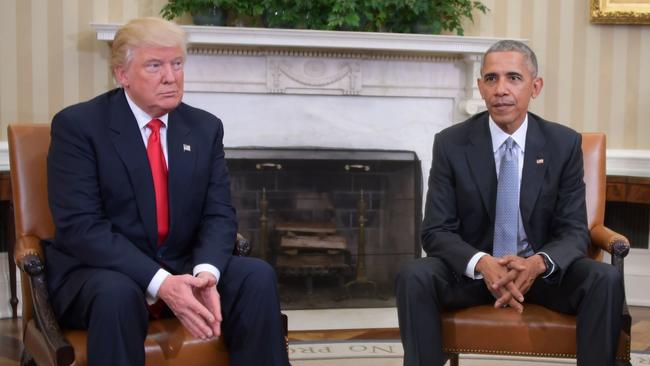 This morning, President Obama and President-elect Donald Trump met at the White House to begin the peaceful transition of power.

After questioning the President’s birthplace for so long as well as repeatedly criticising his job as President, the meeting between the two must have been uncomfortable, to say the least. But, both leaders were warm towards each other, Trump calling President Obama “a very good man,” and President Obama saying, “I want to emphasize to you, Mr. President-elect, that we now are going to want to do everything we can to help you succeed, because if you succeed, then the country succeeds.”

Trump also met with House Speaker Paul Ryan this afternoon. He noted that, “I think we are going to absolutely spectacular things for the American people and I look forward to starting — quite frankly we can’t get started fast enough.”