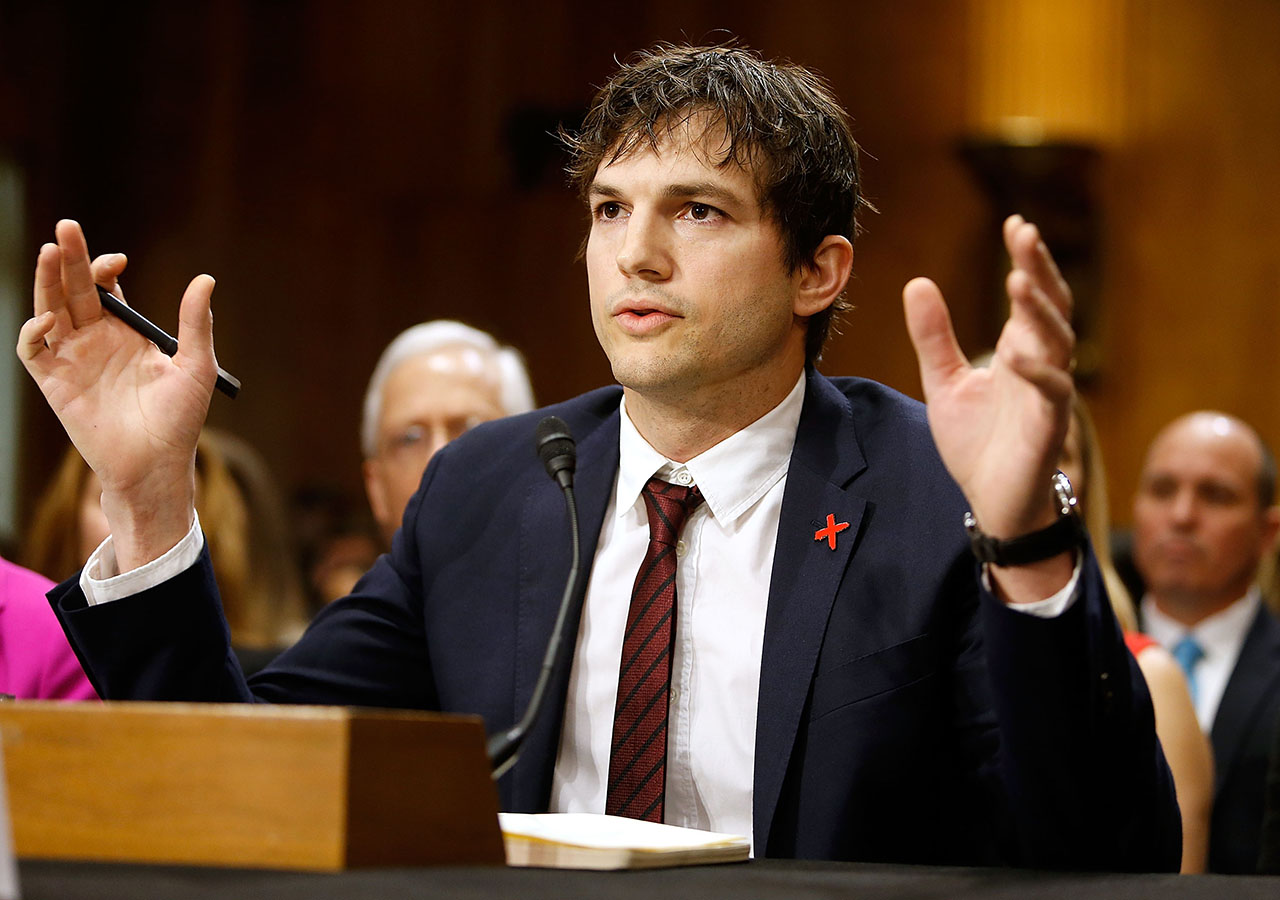 The word “slavery” seems to be associated with the past.  What a majority of people are unaware of is that there are more human slaves in the world today than ever before in history.  This is due to the rise in the form of modern slavery, sex trafficking.  According to FactRetriever.com and DoSomething.org, an estimated 33 million people are victims of sex trafficking in the U.S and globally.  Within that 33 million, “27 million are adults and 13 million are children”. 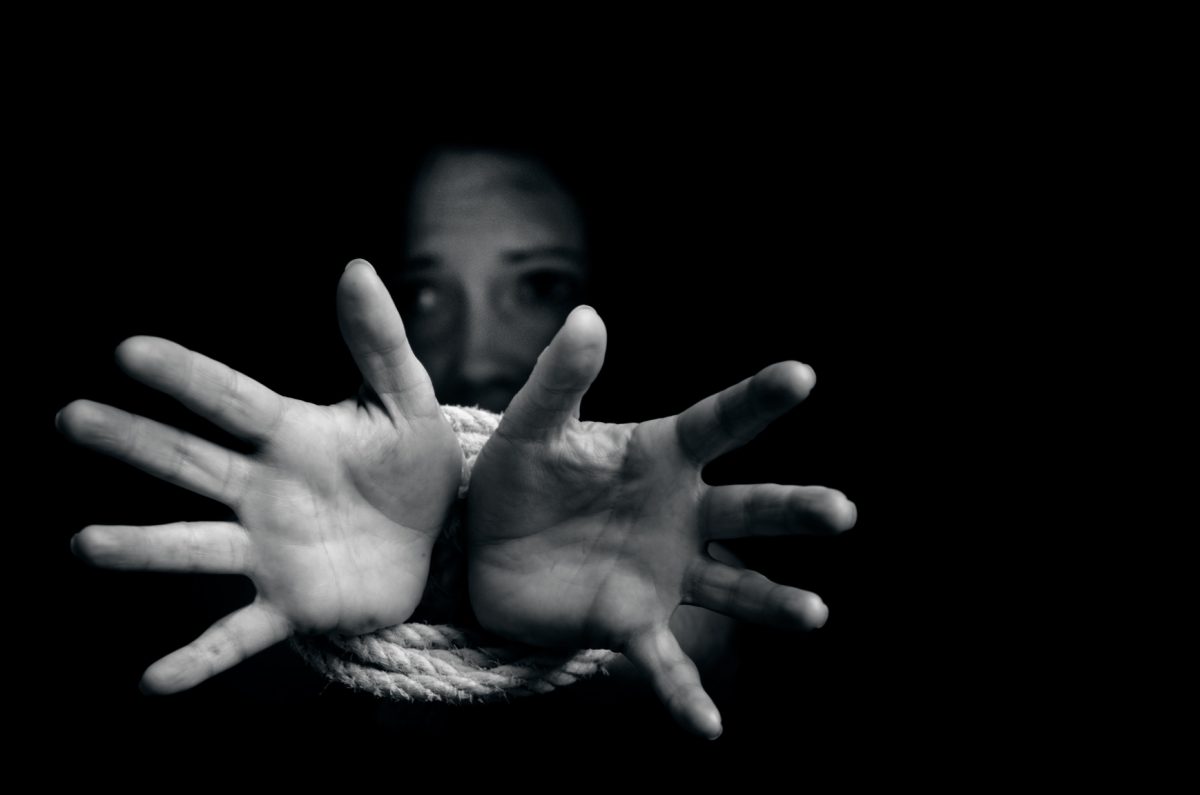 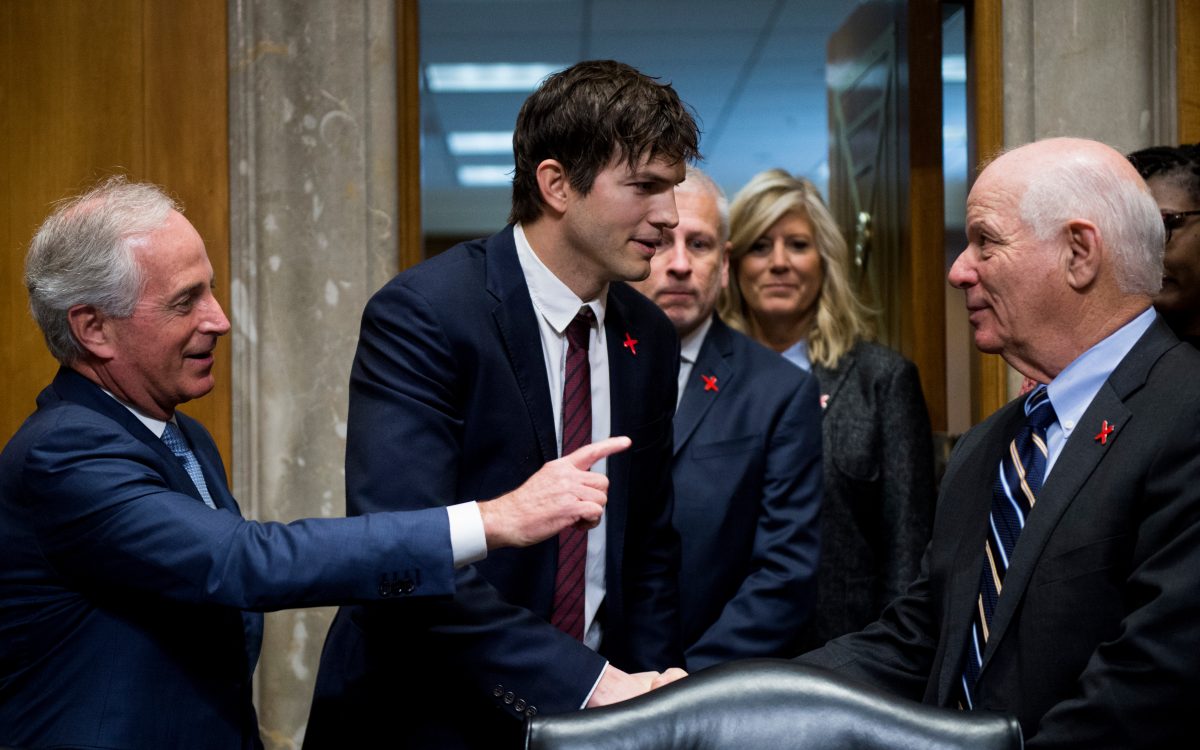 Kutcher applauded the Committee and the people for making the issue of slavery, “something we can all agree upon.”  The actor goes on to defend the right to pursue happiness from the Constitution and how it has been stripped away from those involved in human trafficking.  His 15 minute passionate speech also included his personal testimony of his experiences in rescuing sex-trafficked victims.  Kutcher describes his “day job” by saying, “I’ve met victims in Russia, I’ve met victims in India, I’ve met victims that have been trafficked from Mexico, victims from New York and New Jersey and all across our country. I’ve been on FBI raids where I’ve seen things that no person should ever see,”    It is through his other “day job” as a father of a 2 month old and a 2 year old, that has made his efforts that much more personal for the actor.  He shares his heartbreak by saying, “I’ve seen video content of a child that’s the same age as mine being raped by an American man that was a sex tourist in Cambodia. And this child was so conditioned by her environment that she thought she was engaging in play.” 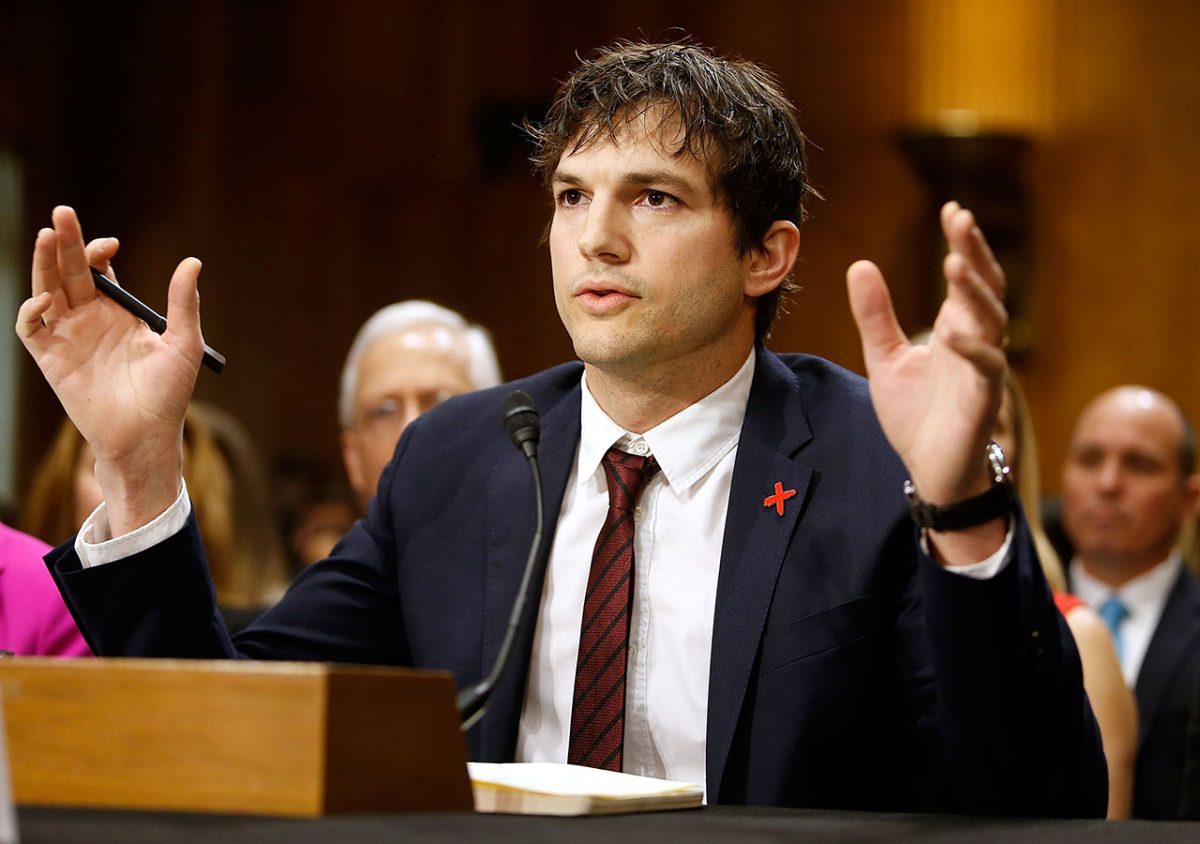 Kutcher went on to say that the software his organization is using has been extremely effective and that “in six months, with 25% of our users reporting, we’ve identified over 6,000 trafficking victims, 2,000 of which are minors.”  His encouraging statistics continued by saying that the software tool “Spotlight” has cut down the time of investigation by “60%“.  The knowledgable and eloquent actor gave specific actions for the Senate Foreign Relations Committee to put into place to help in the effort to end sex-trafficking.  According to CNN politics, these actions included “additional funding for the technology, fostering public-private sector relationships, looking into the pipeline for victims, including working with the foster care system and the mental health system, and differentiating solution sets for sex trafficking and labor trafficking with enforcement and legislation initiatives.”  Out of his solutions, the funding for technology and anti-slavery software was definitely a main focus.  He explained that a tool or piece of technology is an object “without will”. He gave the example of an airplane by saying, “An airplane is a tool.  It’s a piece of technology.  Under the right hands, it’s used for mass global transit and  under the wrong hands it can be flown into buildings.”  He went on to say that, “Technology can be used to enable slavery, but it can also be used to disable slavery.” 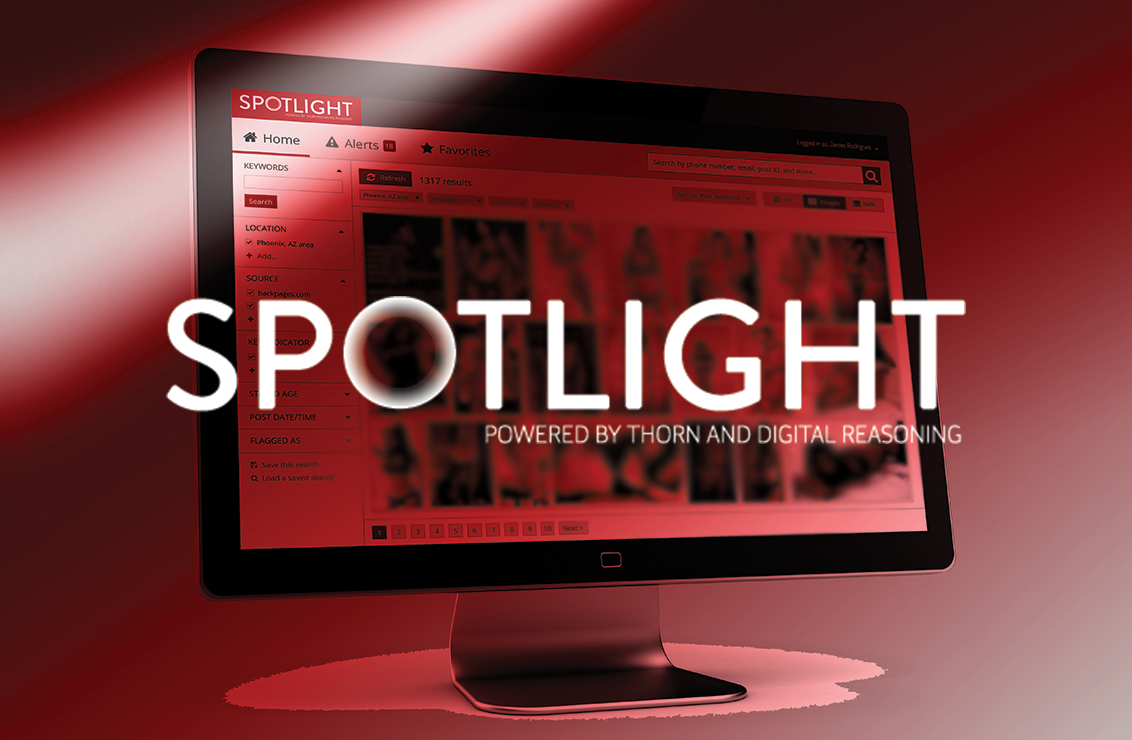 Human trafficking and slavery are more alive than ever, but so is the passion from advocates to end it.  Kutcher is an example of being a good steward of what you have and using it for good.  To learn more about his foundation, click the link below: