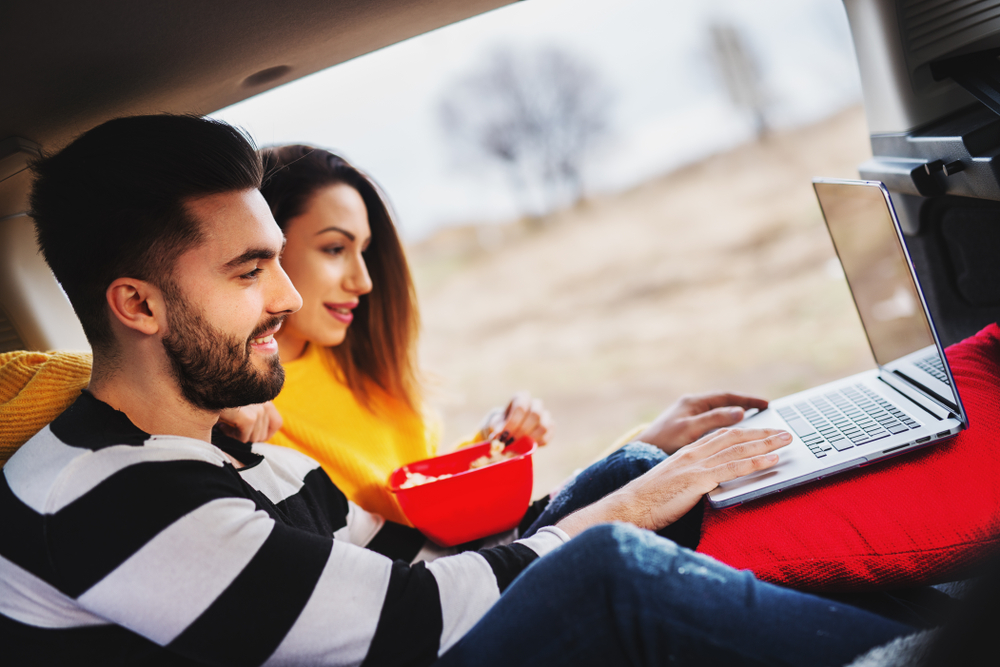 Have you realized that you and your couch are suddenly glued together? Have you have lost your sense of time, and find yourself saying “just one more episode” multiple times a day?  Do not be alarmed, these are common and harmless symptoms of binge-watching.  There are those shows that glue you to your couch from episode 1.  Netflix is a buffet of good binge-watching options.  Whether you are a “one show at a time” kind of person, or can invest in several shows at a one time, Netflix has everything you need.  Here are the some of the most binge-watch worthy shows on Netflix right now.  Some of these shows are older classics, and some have just come out this year.

Peter Morgan’s The Crown is not only this year’s Golden Globe winner of best series, but it also takes the title of the most expensive show ever made.  It took $130 million to make this series.  This biographical drama follows Queen Elizabeth II’s early days of reigning, starting with her wedding in 1947.  The quality of the show shines through the incredible acting and the stunning sets and attention to detail.

Breaking Bad is one of the most well written shows of all time.  If you want an intense show from beginning to end, this is the show for you.  Breaking Bad follows chemistry teacher, Walter White, as he decides to get into the business of cooking Methamphetamine.  This show will challenge your thinking, and is an adrenaline rush to watch.

If you are looking for a show on the lighter side, Parks and Recreation is right up your alley.  The 21 minutes you are watching Parks and Recreation will be some of the brightest moments in your day.  This show follows the parks and recreation department in Pawnee, Indiana lead by their fearless leader, Lesli Knope.  This cast will leave you crying from laughter.  The incredible cast includes SNL’s Amy Poehler, Nick Offerman, Aziz Ansari, Chris Pratt, Aubrey Plaza, Adam Scott, and Rashida Jones.  These characters will be like family to you by the time you get to the series finale.

Who knew you could be charmed with nostalgia and shaken with fear at the same time.  This is what you will probably feel as you watch one of the most popular shows to come out of 2016.  The Duffer brother’s Stranger things is a science-fiction-horror series set in the 1980’s in the small town of Hawkins, Indiana.  It is a show that will take you back to the first time you ever watch E.T.  The cast includes new amazing young actors and veteran Winona Ryder.

This is probably an obvious choice, but is needed on this list.  It became a national event when the whole series of Friends came to Netflix a few years ago.  This comedy is timeless, and will always make you laugh.  By the time you hear “Pivot!!!” from Ross,  there is no turning back.

There are so many other binge-worthy shows not on this list, but these are a great place to start.  Get on that couch, grab some friends, and get ready to binge-watch.