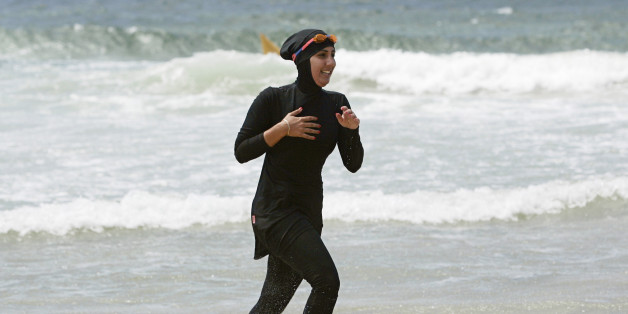 A Controversial Ban on the Burkini in Cannes

The mayor of Cannes, David Lisnard, has officially banned women for donning burkinis at the French resort city’s beaches. Burkinis are bull-body bathing suits worn by some Muslim women, which also include a head-covering piece. The mayor’s ban has faced a lot of criticism, with many calling it discriminatory to the Muslim faith.

The reasoning behind the fine is that “Beach attire that ostentatiously displays a religious affiliation, while France and places of worship are the target of terrorist acts, is likely to create risks to public order.” After a terrorist attack occurred on the French Riviera during a Bastille Day celebration, many locals are also calling the controversial law necessary. This ruling came just two weeks after the attacks in Nice. They also follow the murder of a priest in Normandy, for which the Islamic State took credit. Known for its commitment to secularism, French officials argue that the ruling is not an attack on Islam, but a law essential to France’s own security.

While critics may agree that a security upgrade might be necessary, the law disallows Muslim women to uphold their personal values of modesty while at the beach. Offenders could receive a fine of 38 euros. In face of much criticism, David Lisnard stands behind his judgment and states that, “It is precisely to protect these women that I took this decision. The burkini is the uniform of extremist Islamism, not of the Muslim religion.”

The Collective Against Islamophia in France responded to Lisnard’s decision stating, “Must we remind this mayor that about 30 of the victims of the attack in Nice were Muslims, because terrorism targets us all indiscriminately?” It’s hard to say how France can best take actions to increase its security, but this law in particular has a lot of citizens hoping that there must be another way.