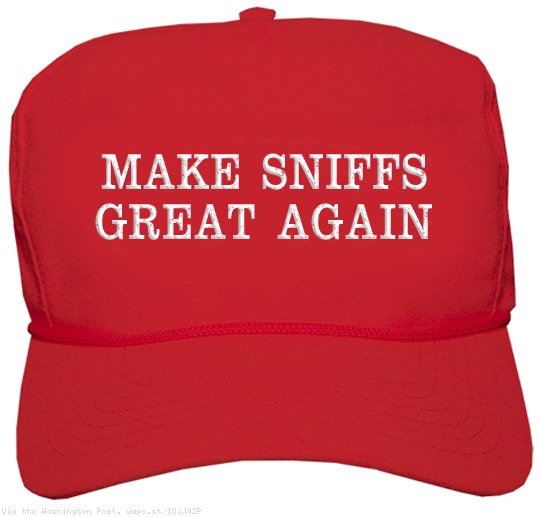 Last night was the first round of the presidential debates between Republican nominee Donald Trump and Democratic nominee Hillary Clinton. And it was everything you thought it was going to be. Hillz came out in a red pant suit, The Donald came out as a buffoon. The most curious part of the whole debate was The Donald’s incessant sniffling throughout the whole debate.

Since the debate there have been theories being thrown around about the reason for Donald’s disgusting noise-making including Politician Howard Dean’s theory that he was on coke.

Other theories include the possibility that he was sick, he had been sniffing adderall, Hillary gave him pneumonia, he was allergic to his own bullshit. Trump had his own excuse of course he claimed that his mic was defective. Yes. That his defective mic LED HIM TO SNIFF as much as he did.

Trump has the sniffles. Is he okay? What's going on with his health? Can he serve?

Why is @realDonaldTrump sniffing and sweating and chugging water? Is he in poor health? What is he hiding? #DebateNight

SHOUT OUT TO HILLARY GETTING PNEUMONIA THEN SHAKING DONALD'S HAND THUS GIVING HIM THE SNIFFLES INSTANTLY, WHAT AN INCREDIBLE STRATEGY

Possible Adderall inhales by the one of the candidates who sometimes has a focus problem? #debates

Is Trump sniffing so much because he smells his own bullshit?

Donald Trump lost tonight, and not just by a nose. #SniffCompetition

Trump: "No sniffles. No. You know, the mic was very bad, but maybe it was good enough to hear breathing, but there was no sniffles." pic.twitter.com/7snV2Av8Ve

Stephen Colbert has this one all figured out though…

And let’s just end it with this.