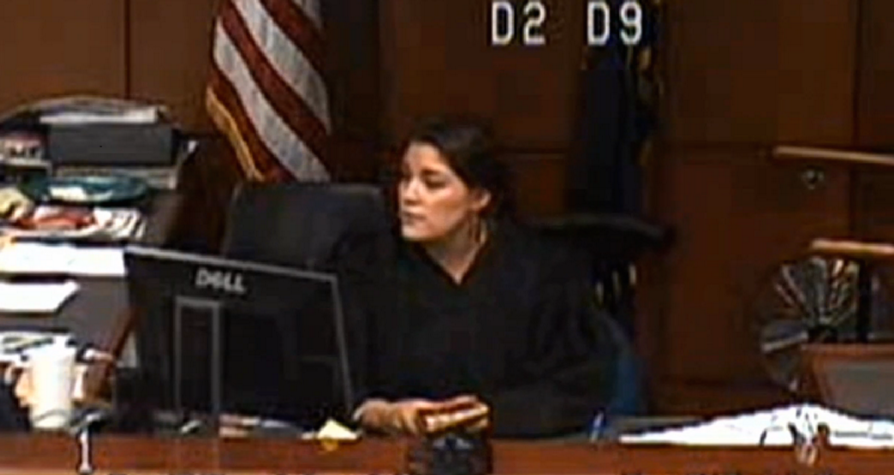 There is Good in This World: Judge Gives us Hope

This story made my extremely hectic and stressful morning a lot better. When it is normal to wake up to heartbreaking and repulsive stories these days, a story of a decent human being is extremely motivating (at least for me). Kentucky Judge Amber Wolf gave a defendant in a burglary case the opportunity to meet his one newborn son whom his wife (who is also a defendant in the same case) had given birth to a month ago. James Roeder and his wife Ashley are both being accused of breaking and entering and theft. While awaiting trial Ashley had given birth to their son but James was unable to know this due to the no-contact order Judge Wolf had put into place.

When their court dates rolled around Ashley tried to hold up her new baby for James to see but Judge Wolf noticed instead. Speaking with WDRB Judge Wolf says:

“I saw her try to hold the baby up when he came out for his case to be called with his attorney…and it occurred to me after we finished this case that he had not met his baby…and that he was not going to get an opportunity to meet his baby anytime in the near future.”

The good Judge then proceeded to allow James to meet his newborn baby. She went on to ask:

“Ms. Roeder, do you want to come up here? I know you have a no-contact order that I issued, and I am not changing that. I’m making a temporary exception right in front of me on the record so that you can meet this baby. This is your son.”

Ashley then handed the baby over to James; both parents were seen wiping tears from their eyes. He held the baby for a little while, kissing and staring at him. He finally had to give the baby back to Ashley but not before the entire courtroom was teared up.

Judge Amber Wolf is a saint among mortals. She shows that while maintaining a strict court where individuals will pay for their crimes one can also be fair and compassionate. Showing kindness to others can spur others to do the same. This is not the first time that Judge Amber Wolf has been recognized for her kindness, about a month ago Judge Wolf made headlines when she not only sympathized but expressed horror and disgust towards a woman brought before her on a shoplifting charge who had been held for a handful of days without pants and required feminine hygiene products.

In addition, Judge Wolf became bewildered when she learned of the recommended 75-day sentence. “It’s a shoplifting charge, a first time shoplifting charge,” she exclaims. “No. We’re not giving her that.” Thank you Judge Amber Wolf for lifting the blanket of darkness that seems to weigh heavier and heavier on our society with each passing day.