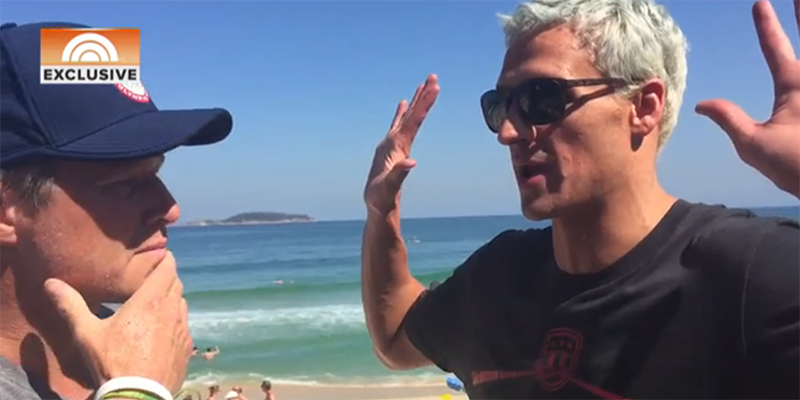 Four Olympic swimmers from Team USA were robbed at gunpoint by a group of men posing as police officers at around 4:30AM on Sunday. Ryan Lochte, Gunnar Bentz, Jimmy Feigen, and Jack Conger were in a taxi when they were pulled over by this group of men. The swimmers were then forced out of the taxi and told to get down on the ground.

Lochte, at first refused, knowing he had committed no crimes. That was until one of the men put a gun to his head. Lochte retells what happened stating, “[…] the guy pulled out his gun, he cocked it, put it to my forehead and he said, ‘Get down,’ and I put my hands up, I was like ‘whatever.’ He took our money, he took my wallet – he left my cell phone, he left my credentials.”

The incident was reported to police officials, who are said to interview the cab driver for more details. Thankfully, none of the athletes were injured in the incident. After criticisms of dirty water, unfinished infrastructure, and green water in its swimming pools, the addition of this incident has many critics calling Rio the least-prepared Olympic host city ever.

Patrick Sandusky, U.S. Olympic Committee spokesman, confirmed the robbery and stated that the athletes were safe and cooperating with authorities. He went on to say that, “Our security remains in place and we continue to encourage our athletes to use Games transportation.” Following the incident, the Australian Olympic Committee banned its athletes from heading to Ipanema and Copacabana beaches from the hours of 6PM to 6AM.

The news undoubtedly makes the athletes and the public uneasy about the status of safety in Rio. Hopefully, the use of Olympic transportation, however, will keep all those in attendance safe for the remainder of the Games.