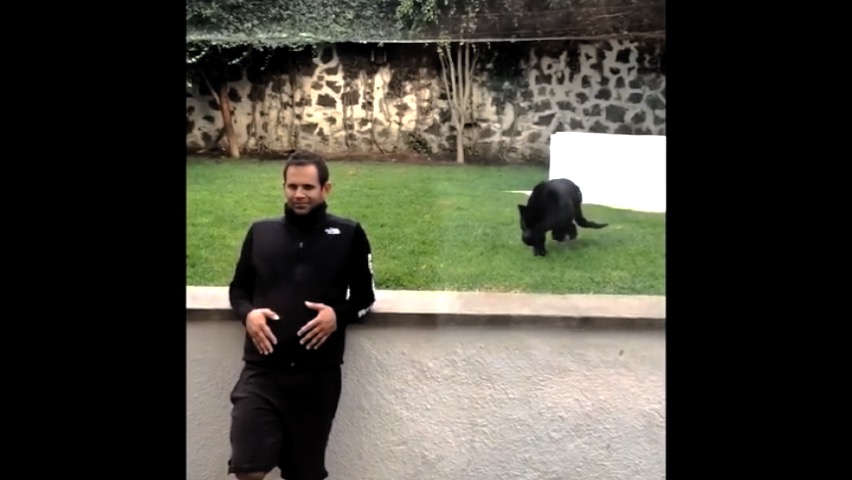 Imagine being at a zoo while enjoying time with your friends and family, when all of a sudden a wild beast leaps to attack you. If the creature succeeds, then your day is ruined. However, if it fails in its assault, then you are left with an exciting memory and something to talk about for a long time to come. This is not what occurred with this man, though.

This man is Eduardo Serio, and he founded the Black Jaguar White Tiger Foundation. The BJWTF is a ranch in Mexico City, Mexico that adopts large cats from circuses and breeders. Its mission is to “Rescue big felines from cruel circumstances and provide them with the best lifestyle possible. A life governed by love and respect.” Eduardo reminisces, “The Black Jaguar White Tiger Foundation was inspired by a single act of love and a whole lot of trust and magic.” He entered into this life through his cousin who worked with animals at a different institution. Eduardo was a Mexican-born businessman living in Los Angeles. It was when he received a call from his cousin hoping he would help them rescue the Black Jaguar baby that Eduardo’s life changed.

Currently, the ranch is eight acres large, and Eduardo claims that this is only stage two of his project. His hope is that it will move to stage three, which is a ranch that will be hundreds of acres in size where the cats can roam free. But will this be a place that people can visit? Eduardo replies that he respectfully could care less about people visiting. His only goal is that the well-being of the babies (kittens) are secured. There is little doubt that Eduardo genuinely cares for these cats that he adopts and nurtures, but it must be a carefully thought out process as this could be one of the most potentially dangerous vocations in which a person could be involved. They are currently working with the Mexican government to reproduce, reintroduce, and repopulate endangered species of birds as well.