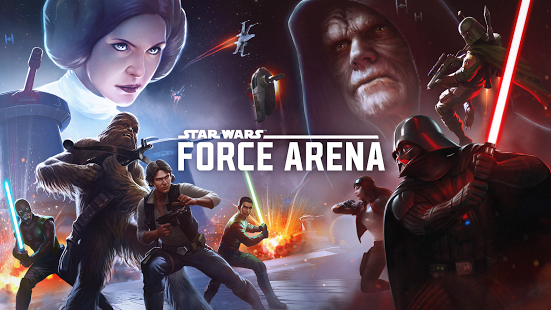 On an iPad far, far away…someone can battle against or alongside you. This app is certainly one of the best, comprehensive games for a mobile device and has just been released for kids and adults alike. In this tournament, you collect cards that supply your leader and army with optional characters and weapons. In an “arena” like setting on one of the many Star Wars worlds, the battlefield consists of three turrets and a shield generator. The object is to be the first to destroy the shield generator to render the shield inoperative while allowing your bombers to come through and decimate the other player’s base. 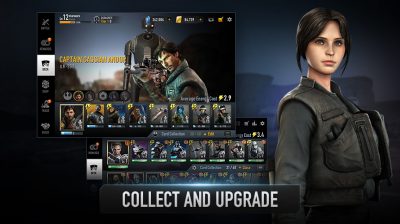 This app is available on both Google Play and Apple’s App Store. By collecting cards, credits, and crystals, you can upgrade the cards, and thereby your characters, making them more powerful. While there has been a recent push to knock out as many Star Wars apps as possible in the past two years that have been subpar, this app seems to be a gaming success. You can play many leaders and characters from all eight movies that have been released, with a few additional characters from the Star Wars universe that consist of over eighty figures. Each leader has a special power that can be utilized, and if your leader dies, then they respawn after a certain amount of time. 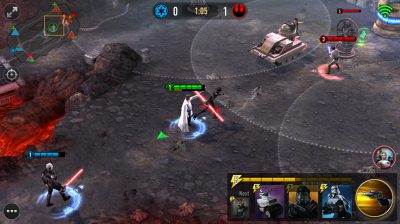 The game is sectioned off into one vs. one, two vs. two, and even a team-up scenario that allows you to play with your guild if you choose to join one. You can play as either the Rebels or the Empire while developing strategies for your either team. There are even fighters that can be called down to fire on a particular section of the battlefield, which target leaders, turrets, and soldiers alike from the opposing team. So run to your phone or tablet and download this fantastic and free game that will surely have you dominating the force and people all around the world. 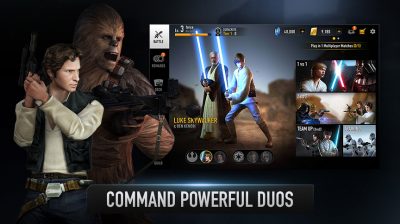 Tip: Remember to utilize all of your energy for generating soldiers. Once your leader dies, your soldiers will continue to fight on and you will have time while waiting to respawn for your energy to re-accumulate. Focus more on soldier dispersion than leader engagement.