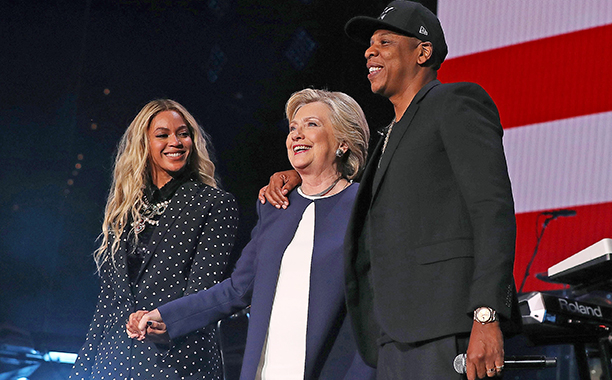 This morning, Donald Trump continued to criticize Jay Z and Beyonce for their performances/speeches at the Hillary Clinton rally in Cleveland. He suggested that Hillary needed entertainers because nobody wants to go to her rallies.

“The language they used was so bad,” stated Trump. “And as they were singing? Singing right? Singing? Talking? Was it singing or talking? I don’t know[…] Isn’t it amazing that when Jay Z and Beyonce use the filthy language that they use in their songs, using words that if I ever said those words, it would be the reinstitution of the electric chair, right?”

It’s hard to imagine that going after Jay Z and Beyonce would encourage voters to side with Trump, but we’ll soon be able to see the results of this election.

If you missed the speech live, you can view it in POLITICO’s tweet below