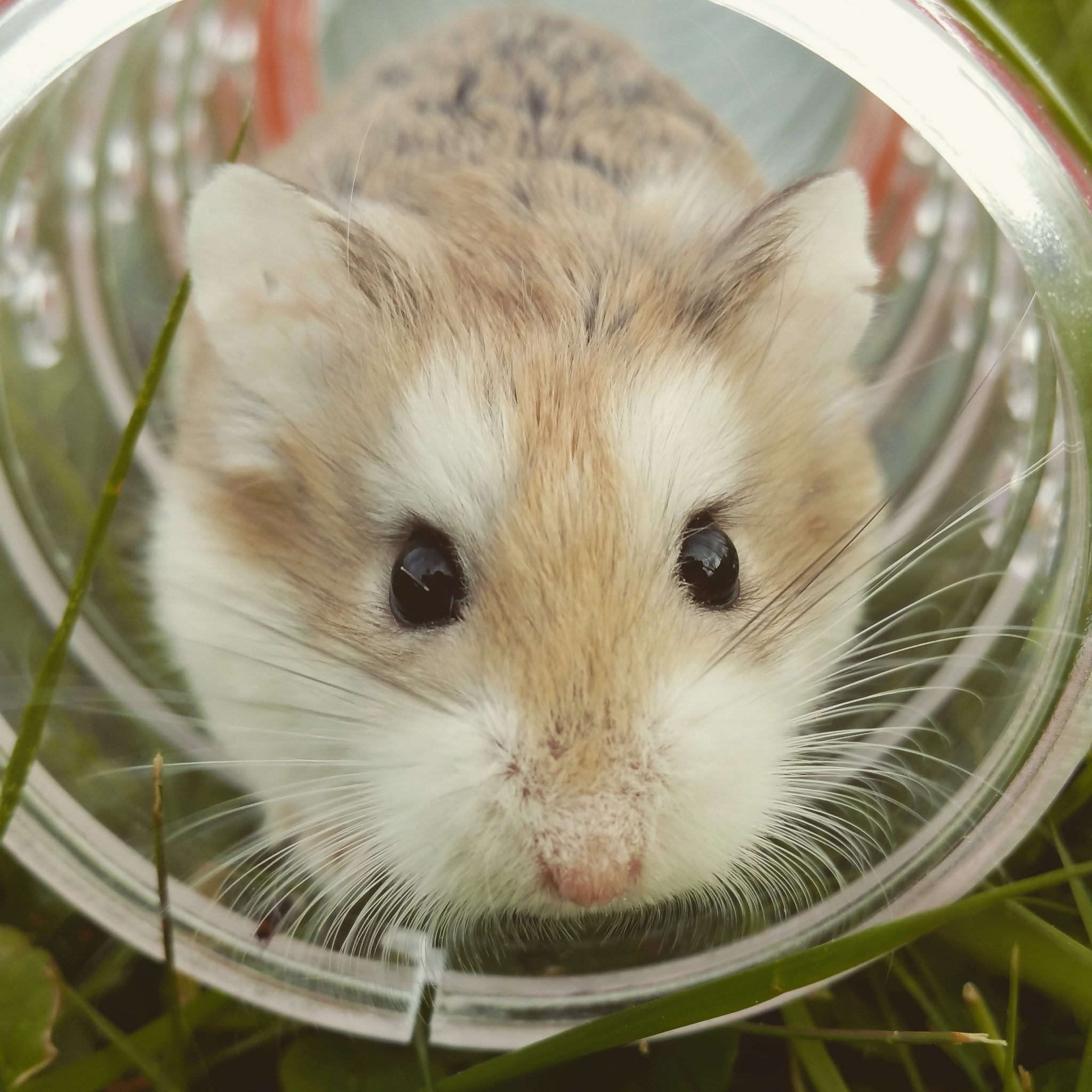 What's The Real Difference Between A Mouse And A Rat

Rodents, you either love like them or are deathly afraid of them. There are many critters that are apart of the rodent family: porcupines, squirrels, hamsters, gerbils, lemmings, pocket gophers, guinea pigs, chipmunks, voles, and of course rats and mice. Did you think rats and mice were the same? Well they’re not. Some people think that a ‘mouse’ is what you would call a ‘rat’ when it’s still a baby. Wrong. Rats and mice are both apart of the rodent family as stated before but they are two completely different species.

So let’s start with mice. Mice are generally smaller than rats. The best way to be able to differentiate between a mouse and a rat is going to be their size. Although sometimes mice get confused with baby rats, you can use other characteristics to tell them apart in a situation like that. Mice come in a variety of different colors, the most common are different shades of white, black, and brown. Mice also have long, thin tails that are covered in thin hairs. They range in length, from tip of tail to tip of nose,to be between 3 and 10 cm. Mice also can be identified by the large ears. As for the living arrangements, mice tend to like to live on the ground and nest in burrows. Even so, they happen to be great climbers to don’t be surprised if you see one scurrying up a tree.

Rats look much different than mice. Rats are usually much bigger than mice. They have large feet and thick, long hairless tails. Their ears are much smaller than that of a mouse. Depending on the species, they range between 16-40 cm in length. Rats can be defined by two categories: Black rats and brown rats. Black rats have a tail that is longer than their head and body. Their body is also slender, the feature small ears and pointed noses. A black rat is usually between 16 and 24 cm in length. Brown rats have a much thicker and bulkier body than black rats. Instead of a pointed nose, brown rats have blunt noses, although both types of rats actually have the same small ears. A brown rat’s tail is shorter than it’s head and body. Brown rats can grown up to 40 cm in length. Black rats and brown rats also tend to have different living habits. Whereas black rats prefer higher locations, roofs, trees, etc. brown rats prefer to nest on the ground and in burrows, similar to mice. 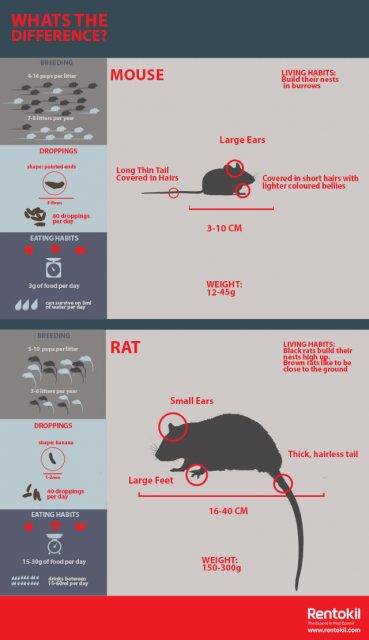 Although rats and mice are two different species they did originate from a common ancestor. They’ve been around for millions of years, exactly how long? It is not quite known but it has been surmised that the number is somewhere between 8 and 41 million years. An interesting fact about both rats and mice is that rats participate in muricide, which is a form of predatory behavior where rat’s hunt, kill, and eat mice. The mouse-killing rats are usually driven by their hunger. Well there you have it folks, hopefully next time you see something scurrying away from you you’ll be able to correctly scream out “AHHHH it’s a mouse!!” or “Ew get that rat away from me!”