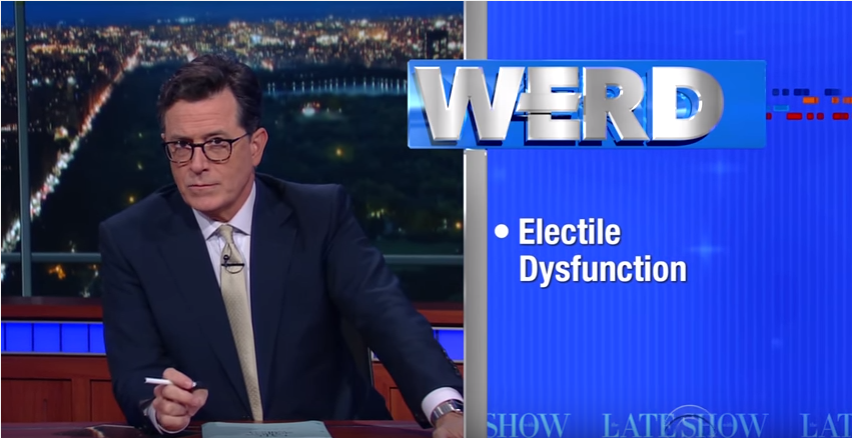 Looking for a candidate with a tough stance on immigration? Prefer one with a more lenient stance? It’s impossible to be both…but Trump sure is trying. Stephen Colbert has a new term for this kind of flip flopping #electiledysfunction

“Whatever you believe, Trump agrees with you. I don’t know why he’s not getting 100 percent of the vote.”

Last night, as Donald Trump was prepping to make his trip down to Mexico to meet with President Enrique Peña Nieto, Stephen Colbert took the chance to criticize Trump’s ever-changing immigration policy.

The Late Show host joked, “For years, politicians have been so afraid of immigration that they wouldn’t take any position. Now Donald Trump has taken two….This is not flip flopping. He’s not saying ‘up,’ then changing his mind to ‘down’. His position is a firm up-down.”

Missed the segment? You can watch it below: