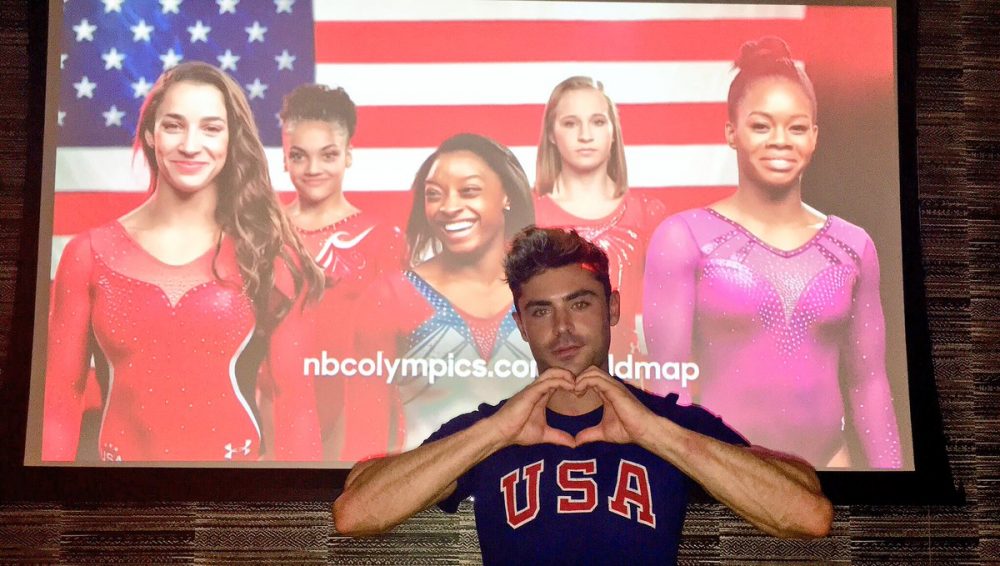 As 1/5th of Team USA’s “The Final Five” women’s gymnastics team, Simone Biles has become a household name due to her athletic extraordinaire. After appearing on The Ellen Show, she’s also been getting some attention for a series of tweets with a certain celebrity. Biles got a shout out from her long-time crush, Zac Efron, and fans could not stopping talking about and sharing their Twitter exchanges.

Ellen had known of Biles’ crush and gifted her a leotard with Zac’s face all over it, thinking it would be a great way to get his attention

Well…he DID notice, and wished her luck in Rio via Twitter

That was enough to get fans talking, but thankfully, about a month later, Zac tweeted again

Efron then responded with this photo, which has since gotten over 114 thousand likes!

Thanks, Ellen, for getting the ball rolling. Is it too soon to ask for an in-person meeting on your show next?