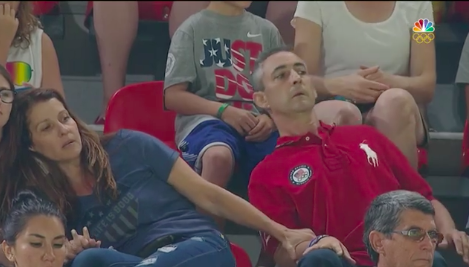 One highlight from this year’s Olympic Games was the footage that came out showing Aly Raisman’s parents freaking out while watching their daughter go for the gold. The footage became so popular that the Raisman parents just might be more easily recognized than many of the athletes competing in the Games themselves. If you’ve seen the video or gifs that have been circulating all over the Internet, you’d probably agree that the Raismans could use a break upon returning from Rio. Well, you weren’t the only one. Someone has started a GoFundMe page to give Mr. and Mrs. Raisman a well-deserved spa day.

The page states, “We’ve seen their enthusiasm, stress, and commitment - now they deserve some time to relax and unwind!”

They’ve wholeheartedly supported Aly, and they’ve provided us with endless entertainment. We think that deserves a little something in return.

If you agree, you can donate here!