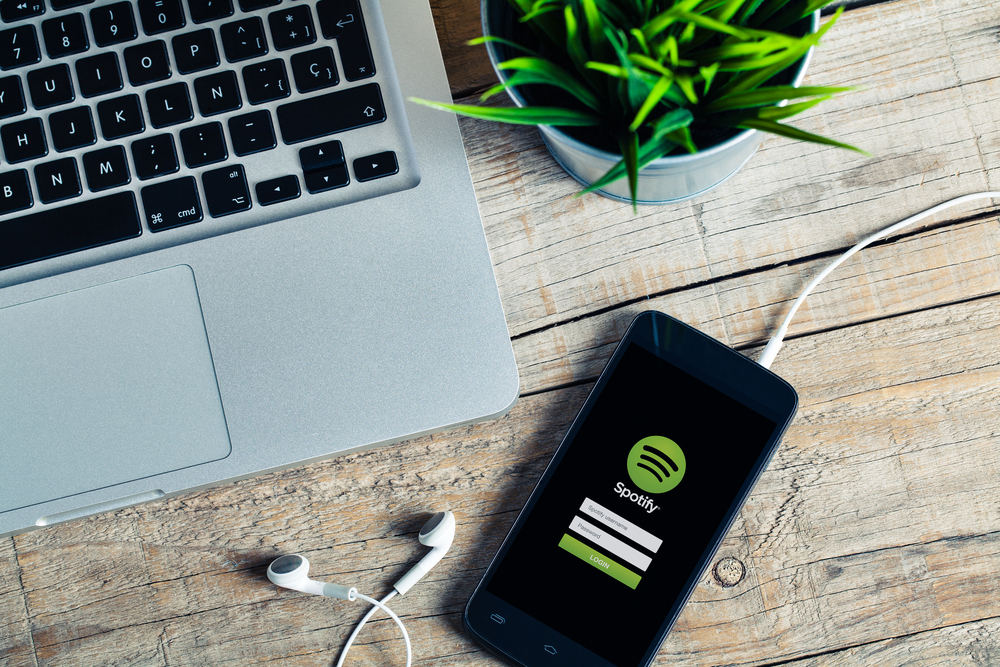 After the widely successful launch of the Discover Weekly personalized playlist, Spotify launches its new algorithmically tailored Release Radar.  Updated each Friday, Release Radar is a 2 hour playlist filled with songs by artists that users have listened to.

Like Discover Weekly, Release Radar allows users to discover new music. The difference, however, is that while Discover Weekly aimed to expose users to artists they hadn’t listened to yet, Release Radar compiles a variety of songs by artists that the user is already a fan of. It also evolves as your taste in music does. The more you listen to songs on Spotify, the better it’s able to guess what kind of music to add to your Release Radar playlist. Use Release Radar to complement your New Music Friday playlist, and you’re set for the weekend!

Release Radar is basically a playlist you’d create on your own, but now Spotify does the work for you by keeping track of the latest singles released by your favorite artists. All of your favorite music is collected into one place, meaning you never have to personally search for it. You also no longer have to worry about updating playlists on your own, Spotify takes care of that for you every Friday. 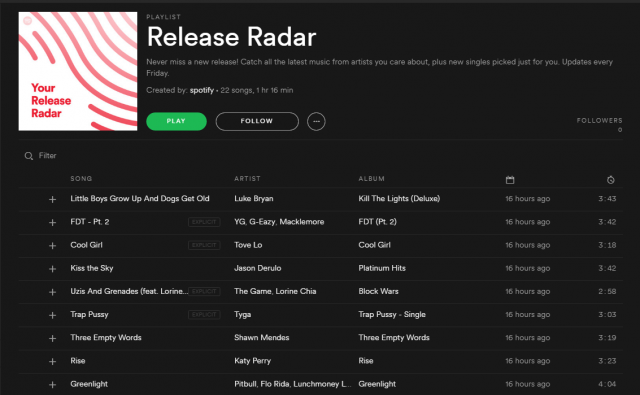 Spotify users have proven to be fans of the company’s tailored playlists, with Discover Weekly receiving 5 billion song plays within 10 months of its launch date. For 25-34 year olds, the products most avid users, it’s an exposure to new music, something which became more difficult to access as the post-graduate lifestyle set in.