Storms Wreak Havoc Across The U.S.

On Friday, February 17th, Southern California was hit with the strongest storm it has seen in six years.  This Pacific storm was unapologetic when it came to the havoc it caused across the golden state and continuing on to other parts of the U.S.  Here is a closer look at the damage that was caused in the different parts of the U.S.

After a nearly seven year drought, Southern California was drenched with rainfall and more water than it knew what to do with.  According to The National Weather Service, the storm was expected to have “3 to 6 inches of rain in Los Angeles County beaches and valleys and 5 to 10 inches of rain in south-facing foothills and coastal mountain slopes.”  These heavy rains were accompanied by 70 mph winds.  The rainfall and winds caused flooding, sinkholes, and even 4 reported fatalities.

In studio city, two vehicles plunged into a giant sinkhole that formed.  According to ABC news, “at least one person was trapped when the first vehicle fell into the hole until rescue crews were able to pull the woman out of the car. She was transported to the hospital for injuries and her condition is unknown.”  The second vehicle fell into the sinkhole only minutes later.  Luckily, nobody occupied the vehicle when it fell in the sinkhole. Along with mudslides and flooding, hundreds of power lines were broken in the Los Angeles area leaving almost 60,000 people without power. 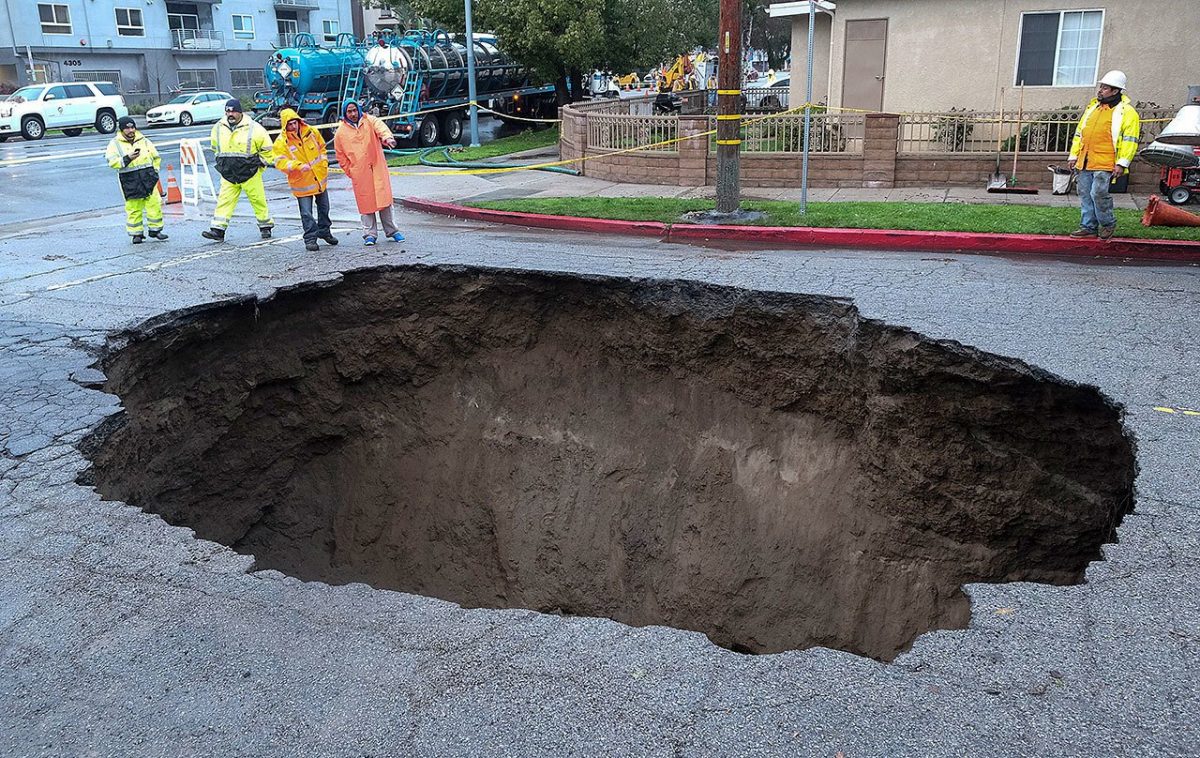 In San Bernardino, part of the interstate 15 freeway collapsed.  The collapse of the freeway, due to the heavy rain, took a firetruck with it. 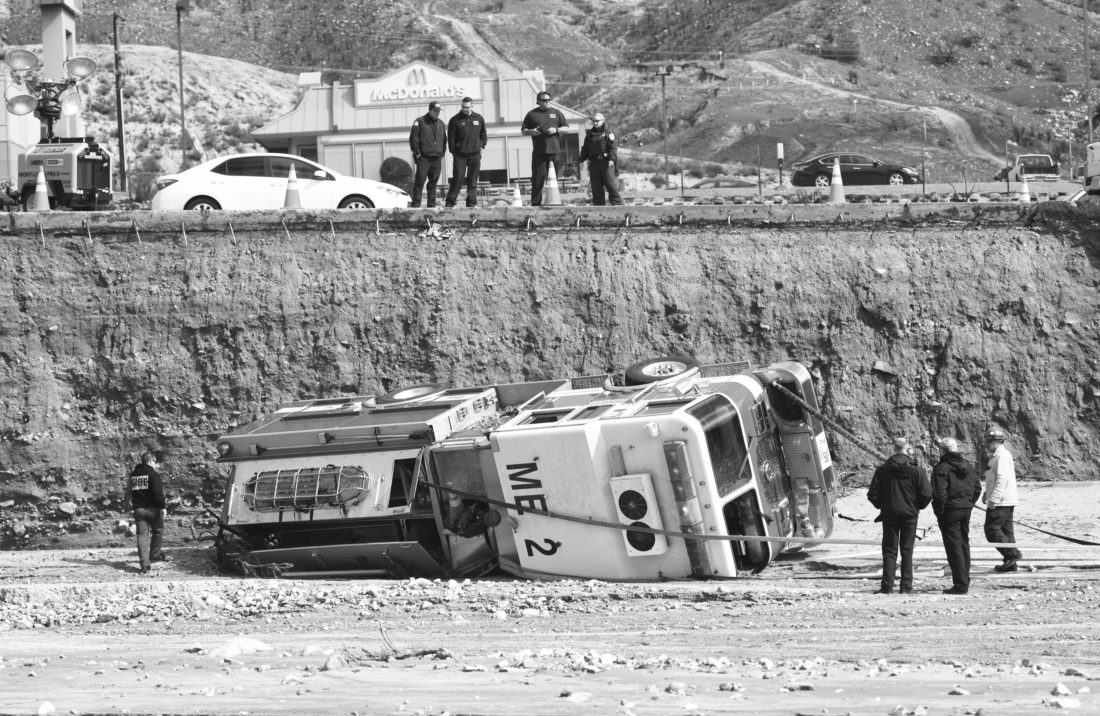 In a dark turn, the storm took the lives of about 4 people in Southern California.  In Sherman Oaks, 55-year-old a man was fatally electrocuted by a power line that was taken down by a tree.  In Victorville, an individual in a fully submerged vehicle was found dead.  The last fatalities were two separate storm related car accidents reported in San Diego. 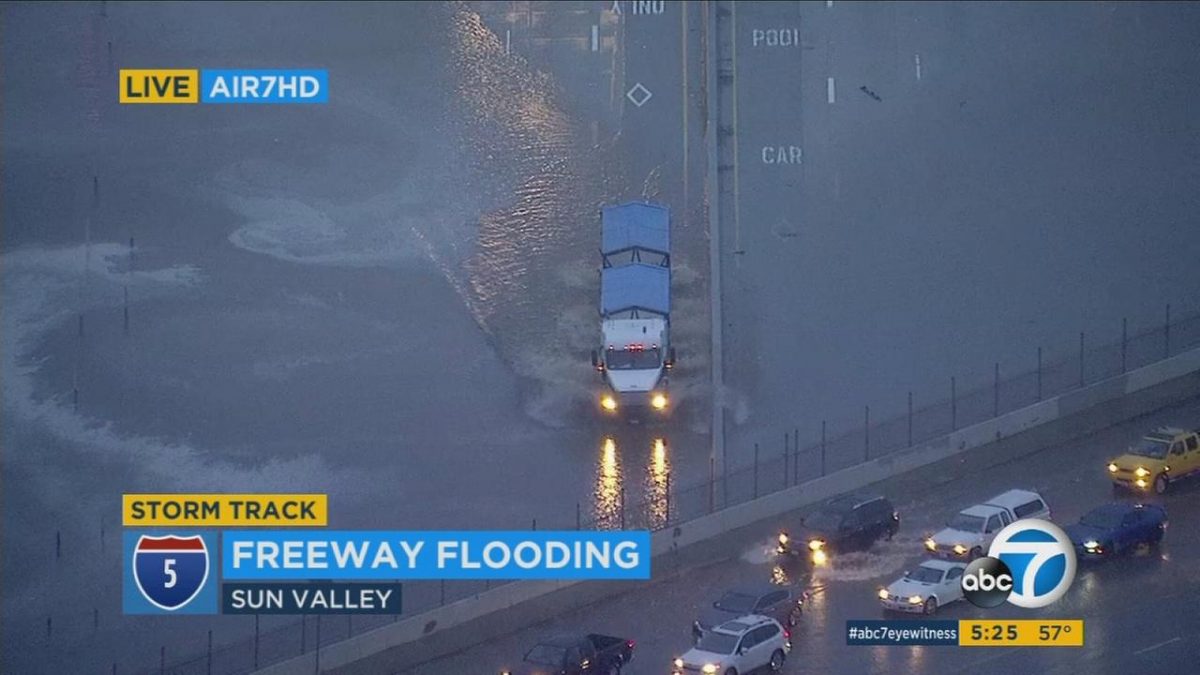 Northern California is known to get more rain than Southern California, but this storm is a whole other monster.  The Oroville Dam in Northern California has made national news due to it’s catastrophically damaged spillway and dangerously high level of water in the reservoir.  Already 200,000 people evacuated the area due to the damage.  More storms are reportedly still coming today and will be affecting the areas between Sacramento and San Fransisco the most, according to NBC news. 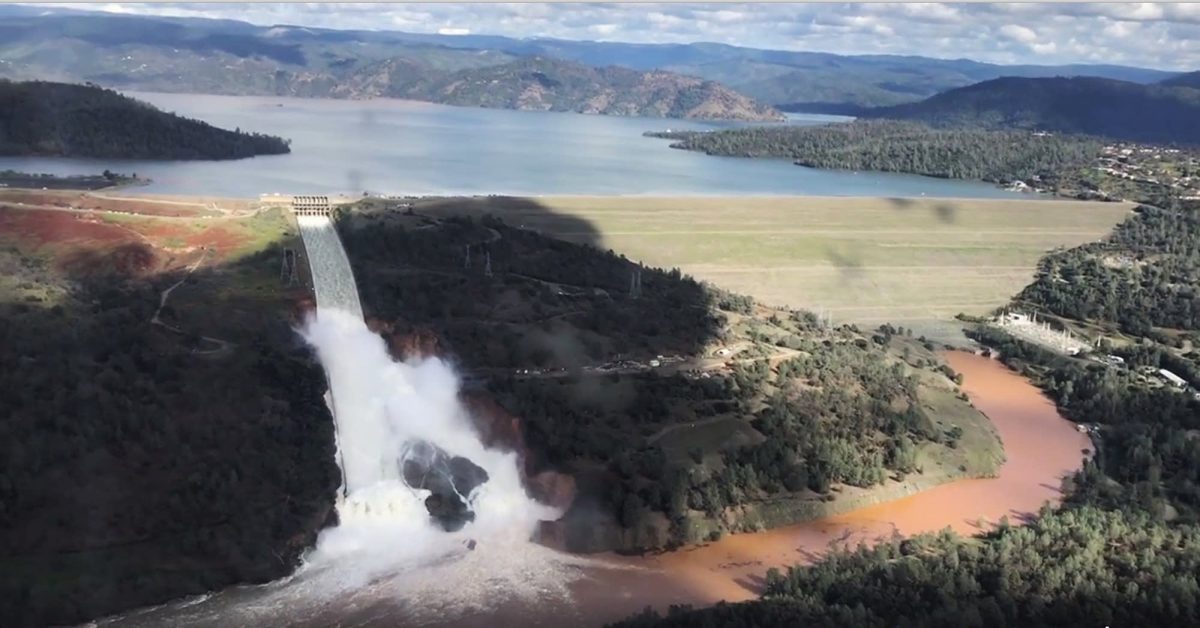 Early Monday morning, the same storm system that hit Southern California made it’s way through Texas and Oklahoma.  In San Antonio, Texas, a severe tornado formed and damaged more than about 100 structures including an elementary school.  The severe weather also hit Austin leaving 7,800 people without power, according to CBS news.  Austin resident, Sammye Mason, described the storm to CBS Austin Affiliated KEYE-TV by saying, “We were sitting on the couch and watching the tornado warning on the TV.  The next thing we know, the lights go out and then, ‘whoosh,’ the door came flying open and we were knocked off the couch.”

In some parts of the U.S, the storms seem to have run their course.  In other parts, the storm may just be getting started.