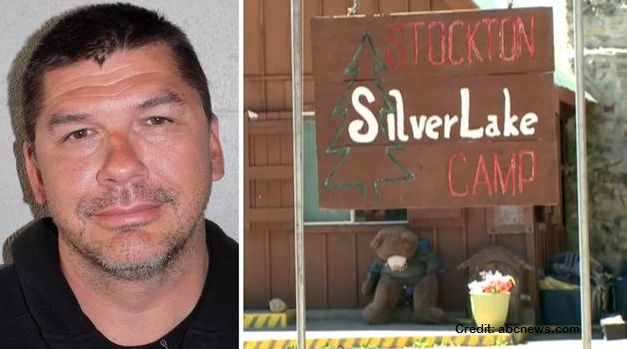 Another day another story of a perverted politician. Anthony Silva, the Republican mayor of Stockton, California, was cuffed on Thursday for being a disgusting loser. Offenses? Well just playing strip poker with minors, providing them with alcohol, and how yea, recording them. All of this (including the arrest) took place at a summer camp that Silva organizes for disadvantaged youth.

Together we will continue to fight to make Stockton better! pic.twitter.com/MDTILLhyeE

This disgusting pig had recorded the underage individuals while they were playing strip poker in his bedroom at the camp. Reuters says:

Prosecutors said in a press statement that the taped conversation indicated that the participants, who were naked, were recorded against their will.

“Witnesses stated that Silva had supplied alcohol and made it available to a number of underage counselors at the camp,” the statement said.

The incident, according to prosecutors, took place last August at the Stockton Silver Lake Camp in Amador County, California.

I really want to know what the hell is going on in our society today. We trust these people, elect them based off of their promises to better our communities. And what do they do instead? Abuse their position and ruin lives in the process. The L.A. Times indicates:

According to prosecutors, one of the participants was a 16-year-old boy. Prosecutors alleged that the audio was recorded secretly and that a “surreptitious recording clearly indicates that the participants did not want to be recorded.”

Apparently Silva has a string of offenses against him, one of them being:

“In 2014, the mayor was handcuffed but never arrested after a fight in a limousine. The limousine driver and passengers sued Silva, including a woman who alleged inappropriate advances by the mayor.”

He sounds delightful. His immediate resignation is being called for by the Stockton Police Officers Assn. He is now facing charges, but has been released on a $20,000 bail. If this doesn’t stop we are going to burn this whole world down. It is not okay that it has become a normal everyday news story. The people we elect, no matter if it’s a town mayor, state official, congressman, president, etc. are entrusted with protecting us and yet many of them are corrupt and foul degenerates who have no respect for their position. I truly wish Mr. Silva has the best time behind bars.